The Airborne Committee Eerde wants to preserve the memory of the Second World War and the liberation.
We are committed to teaching younger generations that freedom cannot be taken for granted.
In addition, the Airborne Committee Eerde offers selfless assistance to (family of) veterans and others interested who want to learn more about the liberation of Eerde and visit the dropzones and battlegrounds.
If you have plans to visit Eerde, do not hesitate to contact us. 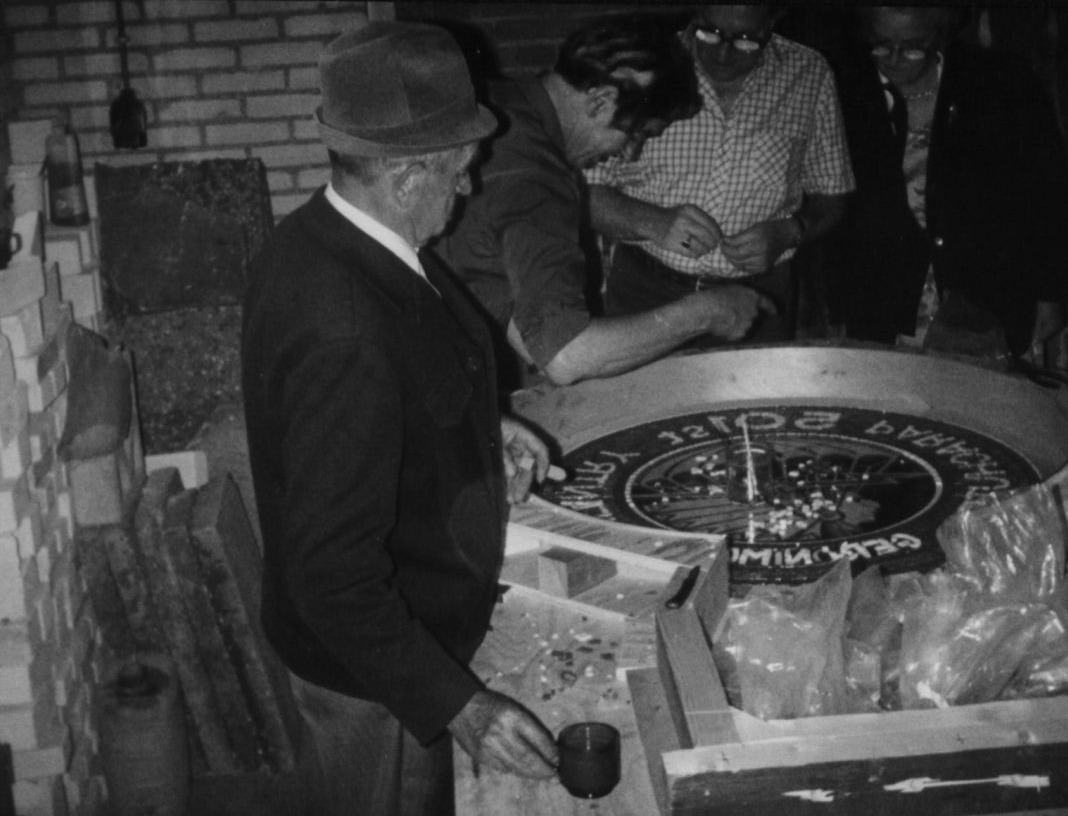 Construction of the Geronimo monument

The Airborne Committee Eerde was founded in 1970.
In those years American veterans frequently came to the Netherlands and they would visit Eerde, among other places. At the time, there was hardly anything organized to welcome them in the way they deserved.
The veterans often visited the mill and were always very welcome at the Van Riel family. But the groups kept getting bigger and the visits more intensive. Five civilians who had been closely involved in the resistance in Eerde felt that the reception of veterans should be better organized. They founded the Airborne Committee Eerde and built a monument in honor of the liberators.

Read more about the origins of the monument on the website of the Brabant Historical Information Centre. 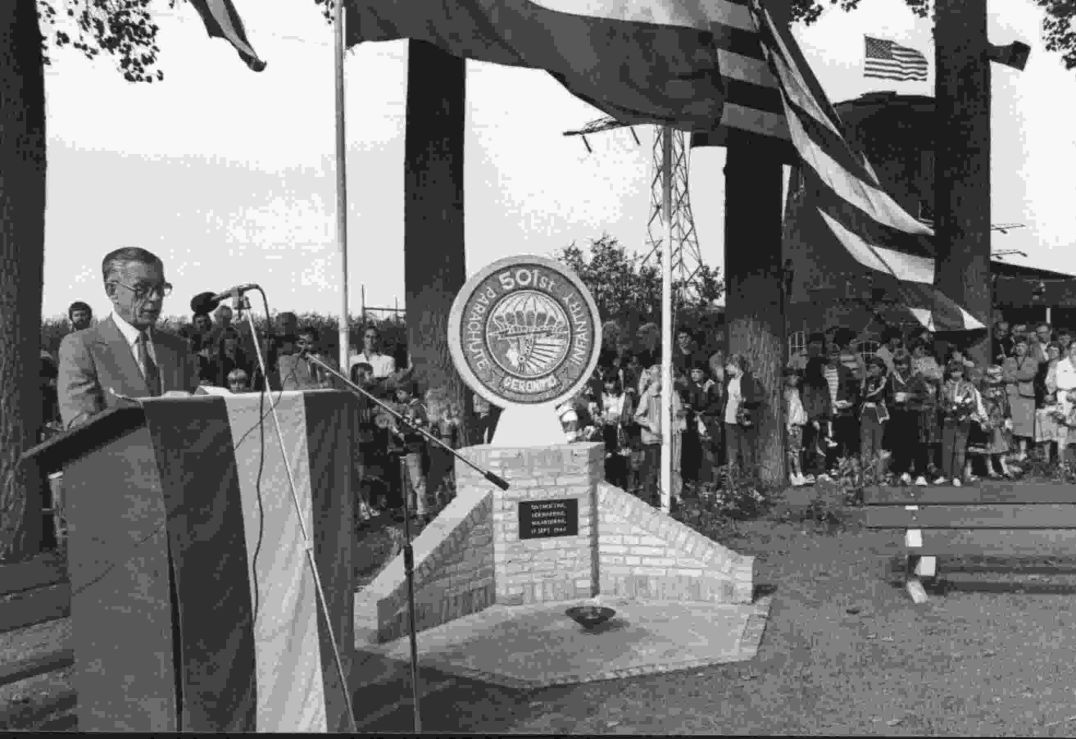 The Geronimo monument is dedicated to the 501st Parachute Regiment of the 101st Airborne Division, which was dropped near Eerde on 17 September 1944. It was unveiled in September 1981 by Jack Thornton of Oklahoma City, captain in that 501st Regiment.
The monument is located next to the windmill of Eerde.
Commemorations are held here twice a year, on September 17 the commemoration of the liberation and on May 4 the National Remembrance Day.
In 2009 the Airborne Committee Eerde officially became a foundation. The charter was signed at Villa Klondike, Colonel Johnson's former headquarters.
The Airborne Committee Eerde is an active group that currently consists of:
- Jos van der Doelen: chairman
- Ad van de Laar: secretary/treasurer
- Piet Vissers,
- Marianne Siebers,
- Erwin Janssen,
- Yannick Jussen,
- Harry van der Wiel.